Our firm has extensive practice as a debt collection lawyer. This procedure can take long, usually a year; although if you hold certain credit documents establishing the owed debt or transaction we will be able to pursue the debtor in a special fast procedure (proceso monitorio).

It is of the utmost importance to evaluate the viability of collecting the debt: suing the creditor AND later on enforcing the court decision upon the creditor´s assets. Hence often a pre-evaluation by inquiring at the public registries could be helpful before the creditor undertakes the decision to file a debt collecting lawsuit.

DEBT COLLECTION INSIDE THE EUROPEAN UNION

The European Union currently has a common court decision acknowledgment system whereby any judge´s decision will be recognized and implemented in another E.U. country without much red tape. Hence your recognized claim in Spain can be enforced…in Germany by the German court system, for example.

We are talking about the European Account Preservation Order which allows a commercial or civil* creditor in one EU country to freeze the bank account of a debtor in another EU country before filing a lawsuit. The creditor will have to make a warranty deposit should he lose later at the trial. 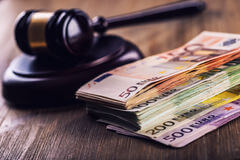 We will need a power of attorney from the creditor (if it is a company the director/CEO must grant the power to us, at any Spanish consulate or at any notary´s office in Spain).

FOREIGN COURT DECISION TO BE EXECUTED IN SPAIN – EXEQUATUR

If you have obtained a judicial decision in your favor against a debtor in a country outside of the European Union and said debtor has assets or property in Spain, the procedure to seize such properties to satisfy your foreign judgment is called EXEQUATUR.

Exequatur procedure in Spain consists of

1.  recognizing the foreign court´s decision as valid and

2. apply its effects in Spain by seizing the debtor’s assets and income in whatever form (house, salary, rights, shares he might have in a company

YOU ARE NOT SURE THE DEBTOR HAS ASSETS IN SPAIN ?

WHAT IS NEEDED TO START AN EXEQUATUR PROCEDURE IN SPAIN ?

DO I HAVE TO GO TO SPAIN TO START THE EXEQUATUR PROCEDURE ?

Not necessarily, since you already were present during the main procedure in your country and since the Spanish court will not dispute or change the foreign court decision´s findings.  So…

-You can grant us a POWER OF ATTORNEY in your own country, have it apostilled and send it to us by mail.

-Or we can arrange an appointment at a Spanish consulate and you can go there and sign the Spanish power of attorney which will not need an apostille or translation!

HOW LONG DOES THE PROCESS TAKE ?!

Ha! That is the million dollar question. It will depend upon whether the defendant responds to the exequatur and tries to prevent the seizure of his income/assets by arguing that he was never informed about the original trial in the foreign country… But bear in mind that in Spain justice is VERY slow because courts have too many cases and the judicial system has not yet been streamlined. Expect over a year…